"2021 was marked by global and regional changes, and the main achievement of our team and organization was the adequate adaptation of our strategies to new risks and challenges. We especially appreciate the trust of our clients, partners and donors, and are open to new cooperation".

In Transit Home: 90 consultants for 44 women.

Within the framework of the Emergency Program, comprehensive assistance was provided for 250 people (95 women and 155 children).

Within the framework of the Long-Term Program, comprehensive assistance was provided for 31 people (14 women and 17 children). 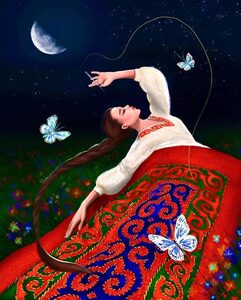 Ainura is 31 years old, she has three minor children.

Ainura has no parents since the age of 3, and until the age of 18 she was brought up by relatives. After reaching adulthood, they asked her to leave the house and start an independent life. At the age of 19, she was forced into marriage with a man she barely knew, 32-year-old Almaz. She was a technician at his private bakery. He invited her to his home in order to pay wages, and through blackmail and persuasion forced her into marriage. Ainura stayed in his house and within 8 years they had three children. From the very beginning of their life together, Ainura was subjected to physical and psychological abuse by her husband and mother-in-law. She left her husband several times and after 5 years of marriage filed for an official divorce, but each time he forced her to return with threats and persuasion. After another severe beating, Ainura ran away from home and came to Bishkek with her three children. A woman called the "Sezim" hotline and explained that a woman with 3 children was temporarily living with her. She ran away from her husband and needs help. Ainura, along with her children was taken to the Transit home “Nur” and lived with us for five months. She needed medical attention. As a result of family violence, she had suffered a broken nose, fractured two ribs, and had multiple concussions. She underwent treatment and psychological rehabilitation. Her two older children received help from our child psychologist and went to a new school, the youngest daughter was enrolled in a kindergarten.

Ainura received a $250 loan to train as a nail technician and purchase tools for the job. In the salon where she studied, she was offered a job, and Ainura began working as a manicure and pedicure master. Ainura moved with her children to a rented apartment. With the help from Sezim’s lawyer, Ainura was awarded alimony from the father of the children. Ainura keeps in touch with us and continues to meet with our psychotherapist.

"Most of all, I was afraid that he would find me again and force me to return, and beatings and bullying would begin again, there was no one to intercede for me. The first time I asked for help, and this was a turning point in my life.. I felt safer and more confident, my ex-husband left me alone with the children. I can think about the future without fear". 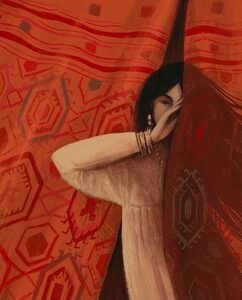 Maya is 16 years old and was sexually abused by her stepfather.

When the girl was 13 years old, her stepfather raped her. He threatened physical harm if she told anyone. Maya’s mother had remarried five years after Maya’s father died from a serious illness. Maya is very attached to her sister who is two years younger in age. After the sexual abuse began, her stepfather threatened that if she told her mother, he would do the same to her sister. When Maya was 15 years old, she began to resist the actions of her stepfather and ran away from home. Conflicts often occurred between her mother and stepfather, until finally her mother decided to leave him. They moved to a separate apartment owned by Maya’s grandmother. The stepfather continued to pursue them. Fearing that her mother would return to him again, Maya told her mother that her stepfather had been sexually abusing her since she was 13.

Her mother immediately turned to «Sezim» for help. With the help of Sezim’s lawyers, a criminal case was initiated under the laws related to “Rape”. Her stepfather was taken into custody but his relatives began to threaten Maya and her mother. To ensure their safety, Maya and her mother moved into the Transit Home. There, Maya received comprehensive psychological assistance and during all investigative hearings, she was always accompanied by a child psychologist from "Sezim".

The case has now gone to trial, and our lawyers are continuing to work on the case. Maya and her mother left the Transit Home for their own home. Maya remains in touch with our psychologist and our social workers helped her transfer to a new school.

“I was afraid to tell my mother what was happening to me. And even when she noticed my strange behavior, I was silent. I was afraid… But with a psychologist it becomes better and easier for me, she helps me”.

Maya's mother says: “What happened to my daughter crosses out my whole life. Now the main thing for me is that Maya can trust me again and find her way in life. I will never be able to forgive myself that I did not immediately see what was happening to her».

“Support for the Transit Social Home "Nur", within the framework of the state social order from the Ministry of Labor, Social Welfare and Migration of the KR.
Project «Protection of women and girls from discrimination and violence» supported by the Pro Victimis Foundation.
The project implementation period is 2021-2023. In 2021, the first phase of the project was implemented with four components:
Component 1. Support for the Transit Social Home “Nur”.
Component 2. Legal protection for victims of gender-based, sexual and domestic violence.
Component 3. Strengthening the role of the medical sector in helping victims of violence.

Component 4. Prevention of gender-based violence and discrimination in Kyrgyzstan.

“Sezim” team expresses its deep and sincere gratitude to state, international, public organizations and individuals for their help, cooperation and trust in us in 2021.